The City of Chamblee was incorporated by the Georgia legislature on August 17, 1908. It is one of ten cities located within DeKalb County.

There is great discussion about the origination of the City's name. One story has the name coming from the 1885 petition for the U.S. Postal Service to establish a post office in what was then known as Roswell Junction. The U.S. Postal Service was concerned that the proposed name of Roswell Junction was too close to the nearby City of Roswell. The Postal Service then randomly selected the name "Chamblee" from the list of petitioners for the new post office name. The Chamblee selected was an African-American railroad worker.

Another story has the Chamblee family beginning the town and then later altering their name to fit the current spelling.
Chamblee's history is intertwined with three entities - dairies, railroads and the military. For years, Chamblee was known for its rolling hills and numerous dairies. Irvingdale and J.W. Brown are just two of the numerous dairies that made Chamblee more of a pasture than a town. The only thing that crisscrossed the pastures during the late 19th and early 20th century was the railroad. Chamblee was located at the junction of what is now the Norfolk Southern Railroad and the Roswell Railroad. Passengers traveling from Atlanta to Charlotte, North Carolina barreled through Chamblee heading north. On the Roswell Railroad, which operated until 1921, textile goods and workers were transported back and forth from the Roswell Manufacturing Company.

In 1917, Chamblee's dairy land was transformed into Camp Gordon. The new military installation was two square miles, with 1,200 buildings and home to 40,000 military personnel. The influx of "doughboys" caused a building boom in the small town. Almost overnight, forty new stores, three theaters, two hotels and a bowling alley were built to cater to this new population. 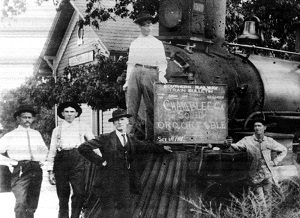 After World War I, Camp Gordon was closed, but then reopened in 1941 as a Navy Flight Training Center. Lawson Veterans Hospital was built on the site. Lawson specialized in training amputees to use prosthetic limbs. Harold Russell, Oscar-winning Best Supporting Actor for The Best Years of Our Lives, learned to use his "Boston" arms at Lawson Hospital.
After World War II, the City experienced a growth in its industrial areas, largely based on the opening of the General Motors plant in neighboring Doraville. Large corporations such as Frito-Lay, Kodak and General Electric built plants along the newly constructed Peachtree Industrial Boulevard. These corporations provided a strong tax base and a source of employment for more than thirty years.

In the 1980s, Chamblee began to see its fabric change dramatically. Many large manufacturing sites downsized or closed. The City was faced with a dwindling tax base and the loss of population as young workers followed jobs to the fast-growing northern suburbs. 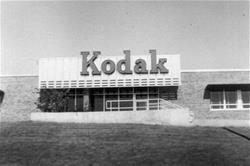 At the same time, refugees and immigrants, drawn to the employment potentials of metro Atlanta and the affordable housing found in Chamblee, began repopulating many neighborhoods along Buford Highway.

The 1990 Census dramatically outlined the change in demographics for Chamblee. Seeing this shift in population as a positive step, the City Council developed new zoning that would address the special needs for such a diverse community. The International Village overlay was the first zoning in metro Atlanta that allowed for mixed-use development and championed livable, pedestrian-friendly neighborhoods. The City was rewarded for its efforts by multi-million dollar redevelopment efforts along Buford Highway and throughout the designated International Village area. At the same time, the City moved to protect its historic town center by designating a Central Business District. Home to the nationally-recognized "Antique Row", this area works to preserve the history of the City while providing for modern redevelopment opportunities.

As Chamblee moves into the 21st century, its history is being written in a multitude of languages. From its foundation as a southern rail town, its people have built a progressive urban city that is eagerly awaiting its next transformation.
Pay Ticket
Forms &
Documents
Jobs
Submit a
Request
Agendas &
Minutes
Staff
Directory
[]